Skip to content
Welcome to the Western Whitewater Association! 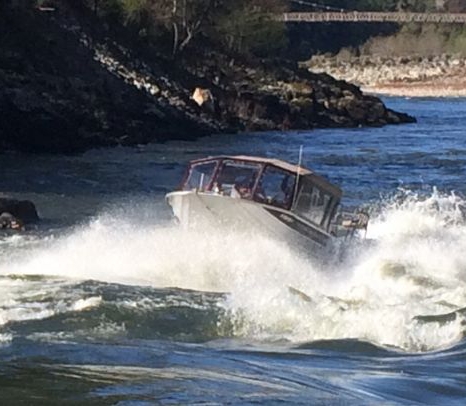 The Western Whitewater Association is an organization of jetboating enthusiasts whose purpose is to foster interest in safe whitewater jetboating, encourage family recreation, and promote shared access to rivers for all recreational water users. Chartered in Boise, Idaho, in 1978, the WWA’s membership has grown from its eight founders to well in excess of 600 members. Today, WWA membership is well represented throughout the western US. Yet, even with its growth and the passage of time, the WWA’s purposes and activities hold a course true to the original charter.

The WWA maintains a full calendar of Annual Events to encourage and cultivate family recreational jetboating.

The WWA advances the general welfare and safety of whitewater jetboating through its annual Skills Day, which provides new jetboaters with hands-on, in-the-field safety and operational training. The WWA produced and distributes at cost a DVD entitled “Whitewater Jetboating Guidelines” – a safety and operational training video designed specifically for recreational jetboaters.

Every year, the WWA coordinates and organizes Noxious Weed Control Projects in cooperative efforts with the U.S. Forest Service and the Idaho Department of Agriculture. The WWA’s participation generally entails active assault projects along the Salmon River within the Frank Church-River of No Return Wilderness and along the Snake River within Hells Canyon.

The WWA organizes Snake River cleanup projects each year to pick up trash along the river corridor below Swan Falls Dam in southern Idaho. Much of the work is concentrated within the Snake River Birds of Prey National Conservation Area.

The WWA is a staunch advocate of fair and equitable access to rivers for all users, to include private jetboaters. In its support for this position, the WWA is an ardent, vigilant, and steadfast proponent. The WWA and its members have committed thousands of hours and tens of thousands of dollars in an ongoing battle against discriminatory legislation, invasive and exclusionary regulation, and burdensome taxation. The WWA has carried this fight to the U.S. Congress, to Executive Branch departments, to state legislatures, and to the press. Since its inception, the WWA has maintained an unwavering stand in support of equitable shared use of our river resources and the committed belief that there is enough room on our rivers for all who exercise responsible stewardship.

You can view our bylaws here.

I will read the Code of Ethics of the Association and agree to abide by them as an active member and boatman.